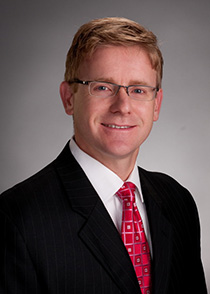 Dr. Terry is a native Iowan. He grew up in an agricultural town in Northwest Iowa, just about the size of Warsaw. He often jokes with patients that he traded one small town for another!

These experiences were tucked in Dr. Terry’s memory, and influenced his choices as he grew.

Getting off on the Right Foot

After high school in Benson, Minnesota, Dr. Terry embarked upon a formal education. He attended college at Moorhead State University in Moorhead, Minnesota and graduated with a major in biology and a minor in chemistry.

By that time, he knew that he wanted to be a chiropractor, and chose to attend Palmer College of Chiropractic in Davenport, Iowa. In 1997, he graduated alongside his soon-to-be-wife – both earning honors.

He and Dr. Dawn (Cox) Daniels married within months of their graduation in 1997, moved to Buffalo, and worked as associate chiropractors with established field doctors. Today, they have been in private practice together in Warsaw since 1999.

Dr. Terry and Dr. Dawn have two school-aged children – Courtney and Carson, who are two years apart in age.

Dr. Terry is an avid cyclist and health enthusiast. “I see myself as a role model for my patients in terms of health and fitness. I feel it’s important for me to walk what I talk.” Keep your eyes peeled for him very early in the morning and you might catch him out on his regular 5 a.m. fitness ride!

Dr. Terry also enjoys reading and considers himself to be a lifelong learner. He enjoys keeping up with the latest advances in chiropractic and health care, as well as reading history, personal growth books and biographies.

Don't Let Back Pain Get You Down This Summer; Chiropractic Can Help

Spending too much time on the couch due to back pain this summer? Chiropractic treatment could help you salvage your summer. ...

Tired of living with osteoarthritis pain? Your chiropractor may be able to help. ...

Not all pain is caused by obvious injuries like broken bones or cuts. Some pain may stem from the myofascial tissues. These tough membranes are wrapped around your muscles to provide support and connect them to other parts of the body. When myofascial tissue becomes stiff, it may restrict movement in ...

Have headaches become an unwelcome part of your life? Chiropractic care may help you finally get rid of your pain. ...

How to Make Sure Your Chiropractic Adjustment Lasts

Medication isn't the only solution if you suffer from vertigo. Chiropractic treatment may finally stop the spinning. ...

The 3 Most Common Chiropractic Questions Answered

How Chiropractic Care Can Help While Pregnant

Tired of pregnancy aches and pains? Chiropractic care can ease your symptoms naturally. ...

How to Enjoy Summertime Activities Without Back Pain

Want to avoid an aching back this summer? Try a few of these suggestions. ...

Winter Activities that Can Cause Pain and How to Prevent It

Do you know how to avoid winter aches and pains? ...